Young DrA (pronounced Dre) is more than just a 19 year old Hip-Hop artist born in Delaware later moving to Chicago. DrA is also a college student who is currently attending the University of Tampa. 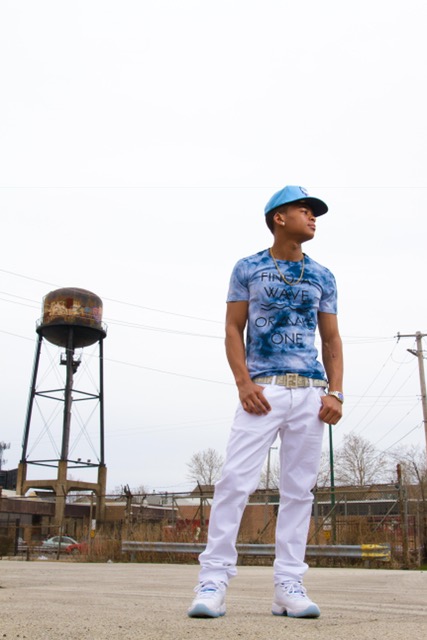 He is someone who inspires to revive the essence and authenticity of Hip-Hop music. From the very beginning he has displayed a passion for music, from his childhood days listening to and admiring artist such as James Brown, Baha Men, and The Notorious B.I.G, to his adolescent days creating his first record on an acer computer and a headset microphone at the age of 12.

He has evolved into the type of Musician who sees the importance in using his voice to spread awareness and a positive message through witty metaphors and strategic word play unlike the vast majority of artist in his generation. Through his music he hopes to not only inform the public of the many tragedies going on within our societies, and within his generation, but to unite and encourage the people around him to fight for change.

While he is aware of the generational change in hip-hop music he hopes to touch the masses by providing them with a fusion between 90’s Rap and the fresher sound that has been born into this new era of music. DrA idolizes artist such as J Cole and strives to one day impact the Industry in a similar way. DrA hopes to cross over to that universal audience, much like Cole, his favorite rapper, as well as others. Building on what he feels is an “eclectic” style; Young DrA just may achieve his goals.

When asked his thoughts on the messages in rap music he had this to say, “What’s the point of rapping if you’re not rapping about something of substance” DrA says. “My talent is a gift to the world; I choose to talk about and do well with it. There is nothing wrong with being a trendsetter, but I’d rather be an innovator.”

Purchase the single on iTunes or find it Spotify today!!

You can find young DrA: The @I_V_League_ Debut Album Is Out!